Liz Ann Sonders isn’t the only one in a reflective mood these days. So is Martin H. Barnes, the long-time Chief Economist of BCA Research, who is retiring after nearly 50 years in the business.

Excerpts from Martin H. Barnes’ Perspectives From a Long Career

In practice, most shocks are transitory, even if it is not evident at the time. And I believe that is true of the COVID-19 pandemic.

Even if the virus cannot be eradicated, treatments will improve and we will learn to live with it, just as we live with the common cold and seasonal flu.

There may be a lasting impact on some areas such as increased working from home, but I am skeptical that there will be any major change to the underlying drivers of economic growth.

At most, it may encourage some trends that are already underway. However, the extreme policy response to the crisis will have some important effects and I will return to that later.

The Shift From Globalization

The shift away from globalization is likely to persist for some time. This will support the case for a structural increase in inflation, a development underpinned by other forces.

For example, the pendulum is swinging away from capital back to labour, central banks are setting themselves up to stay too easy for too long and crushing public sector debt burdens will make policymakers more willing to tolerate inflation overshoots.

A structural increase in inflation (albeit nowhere near 1970’s levels) means that investors should expect a further decline in profit margins, higher interest rates and gains in inflation hedges.

This will be a gradual shift with price pressures likely to moderate in the coming year as supply chain disruptions ease.

The high inflation of the 1970s was grim for financial assets with both equities and bonds delivering negative real returns.

On the equity side, higher inflation did tremendous damage to corporate finances because of rising costs and the failure of companies to set aside enough for depreciation.

There is now much more awareness of inflation risks and accounting is better. Thus, inflation will much less damaging to equities than before.

However, we have returned to negative bond yields, largely as a result of policy-imposed financial repression rather than investor complacency. In other words, a new inflation cycle likely will be more damaging to bonds than stocks. 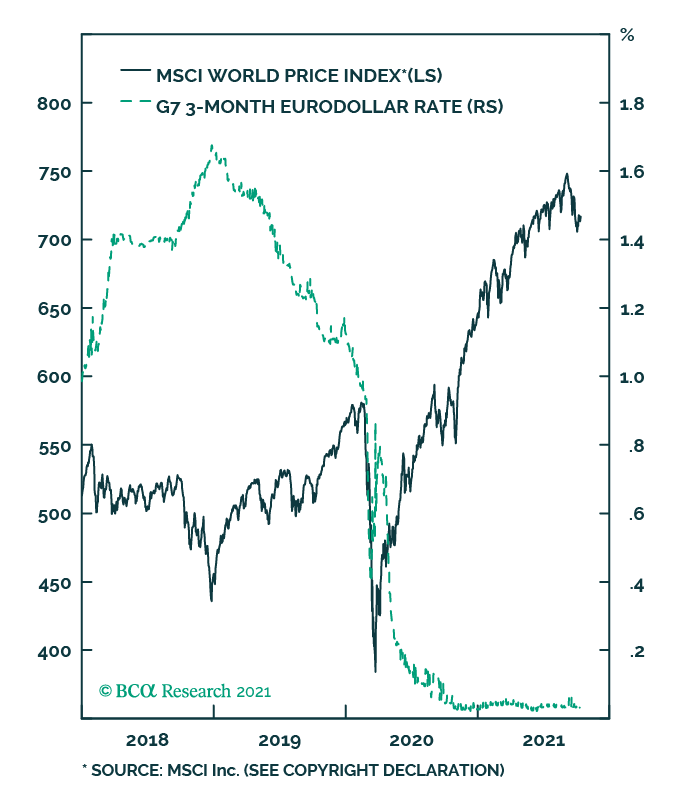 However, the same lessons apply regarding private sector excesses: the authorities will go to extreme lengths to prevent financial and economic chaos.

The solution to excessive government debt is not to pursue even greater fiscal stimulus. Instead, the solution will be a mix of financial repression, higher inflation and eventually renewed fiscal discipline.

That will not rule out periodic crises to force necessary policy actions, but investors should not assume that current high levels of government debt will inevitably lead to financial Armageddon.

I apologize if that sounds complacent and I know that our long-standing client Mr. X would take a very different view.

A Shift in the Debt Super-Cycle 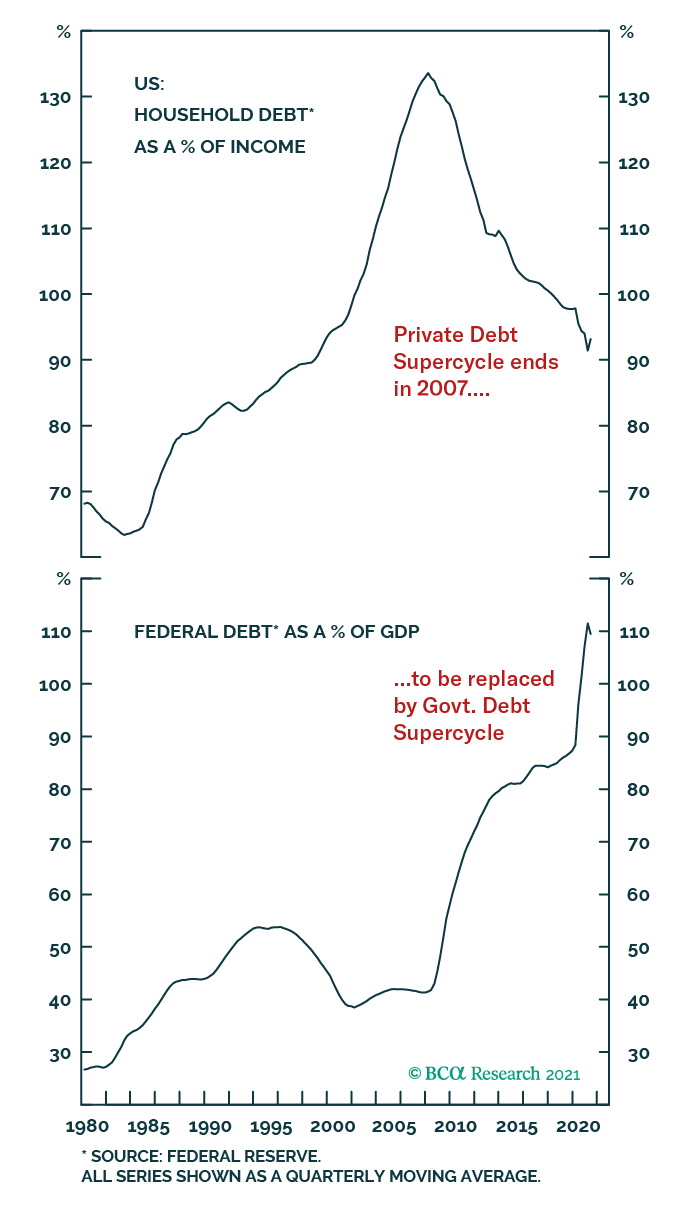 Timing the markets is as much art as science but I would make the following observations:

I remember reading a large tome that reviewed every technical indicator known to man and it concluded that the most reliable one was the humble moving average crossover.

Of course, by definition, it will be a bit late and there will be many whipsaws. Currently, the stock market is above its rising 200-day average and investor sentiment is far from a bullish extreme

The bottom line is that there is no magic solution to consistently successful market timing. T

This explains why 86% of US active equity managers underperformed the benchmark index over the past 10 years, according to S&P Dow Jones data.

At BCA, we follow a disciplined comprehensive approach that has served us well over the years, but inevitably we also suffer the occasional wobble.