Have you heard of Lou Simpson? Don’t feel badly if you haven’t.

Apparently, Simpson, who passed away this week at 85, liked it that way as the value investor, once considered an heir to Warren Buffett, didn’t seek the public spotlight.

What he did do as the manager of GEICO’s investment portfolio from 1980 to 2004, was consistently deliver impressive outperformance (see Simpson’s annual returns below).

GEICO was a majority-owned subsidiary of Buffett’s Berkshire Hathaway for most of that time, and became wholly-owned by Berkshire in 1996.

Buffett was so impressed by Simpson’s results, he left him alone to do his thing.

How did Simpson do it? Here are nine secrets to his investing success. 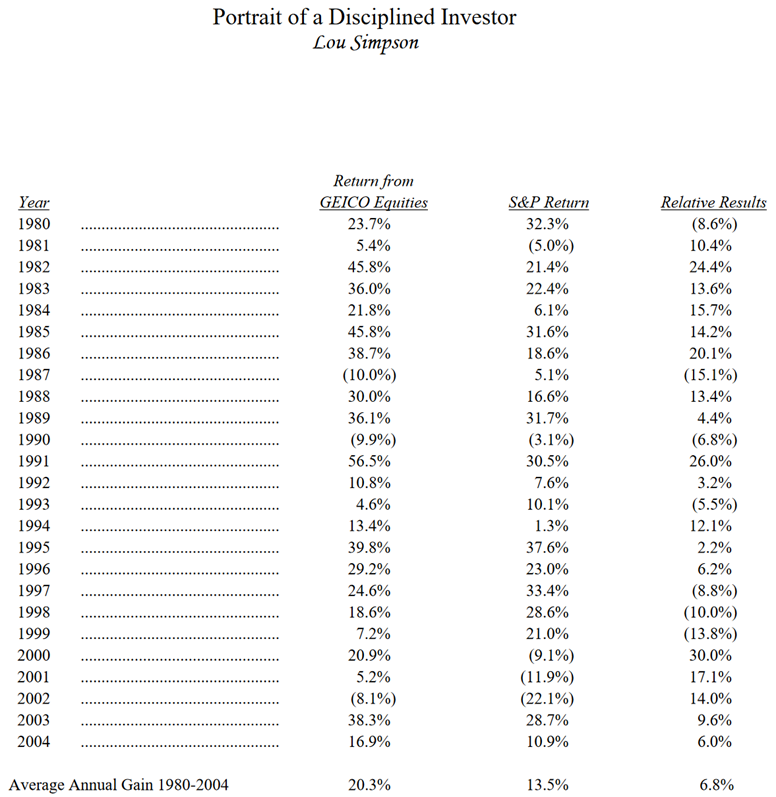 In his 1986 shareholder letter, Buffett said about Simpson:

These are not only terrific figures but, fully as important, they have been achieved in the right way.

Lou has consistently invested in undervalued common stocks that, individually, were unlikely to present him with a permanent loss and that, collectively, were close to risk-free.

The following are a collection of quotes from the handful of interviews Simpson did over the years: Wise Words from Lou Simpson.