Investors should remain bullish of global stocks the next 12 months and favour small caps over large caps.

That’s according to the Chief Global Strategist at BCA Research, Peter Berezin.

He believes the shares of public companies are setting up for a “Goldilocks” environment in the second half of this year, and then a “last hurrah” through 2023 before interest rates start rising again.

Here are the hi-lights of Berezin’s report.

Adverse supply shocks have pushed down global growth this year, while pushing up inflation.

With the war raging in Ukraine and China trying to contain a major COVID outbreak, these supply shocks are likely to persist for the next few months. 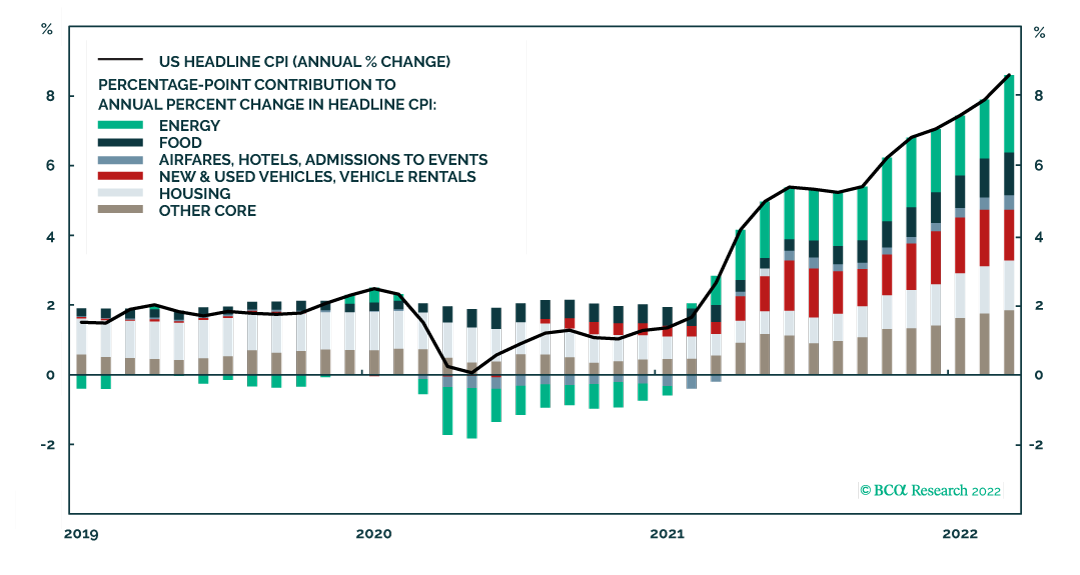 Things should improve in the second half of the year.

Inflation will come down rapidly, probably even more than what markets are discounting.

Inflation Will Decelerate This Year Thanks To Base Effects 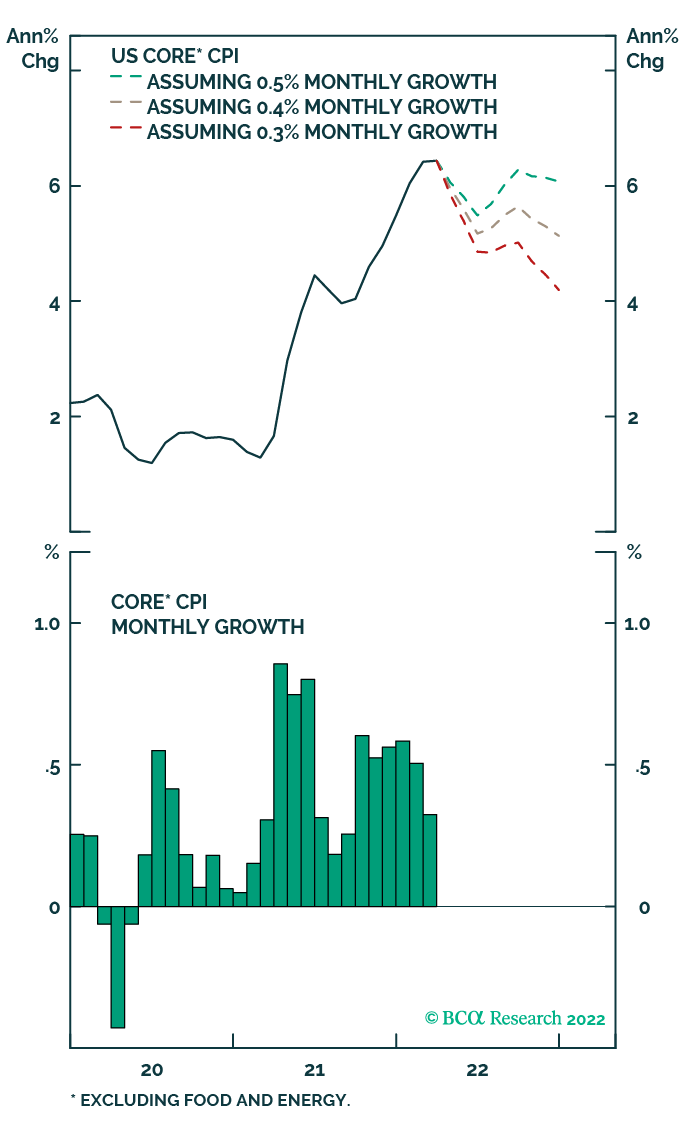 The return of Goldilocks will allow the Fed and other central banks to temper their hawkish rhetoric, helping to support equity prices while restraining bond yields.

Unfortunately, this benign environment will sow the seeds of its own demise. Falling inflation during the remainder of the year will lift real incomes, leading to increased consumer spending. Inflation will pick up towards the end of 2023, forcing central banks to turn hawkish again.

Small caps have struggled of late.

At this point, small caps are starting to look relatively cheap.

Notably, analysts expect small cap earnings to rise more over the next 12 months, as well as over the long term, than for large caps.

Small caps tend to perform best in settings where growth is accelerating and the US dollar is weakening*.

Economic growth should benefit from a supply-side boost later this year as pandemic headwinds fade and more low-skilled workers rejoin the labor market.

With inflation set to decline, the need for the Fed to generate hawkish surprises will temporarily subside, putting downward pressure on the dollar.

Bottom Line: Global equities are heading towards a “last hurrah” starting in the second half of this year.

*Editor’s note: The US dollar continues to be strong at this point as measured by UUP, which is an ETF that tracks the dollar against six major currencies.

Five Reasons the Worst May Be Over for Stocks